A new report by World Animal Protection (WAP) has criticised the popular honeymoon islands of Bali, Lombok and Gili Trawangan in Indonesia for being among the worst destinations in the world when it comes to animal cruelty in captivity.

Wildlife abusement parks: Wildlife entertainment tourism in Bali, Lombok and Gili Trawangan claims that 100 per cent of the 26 venues it investigated in November last year that owned captive elephants, tigers, dolphins or civet cats and 80 per cent of venues with primates did not meet the basic needs of captive wild animals. 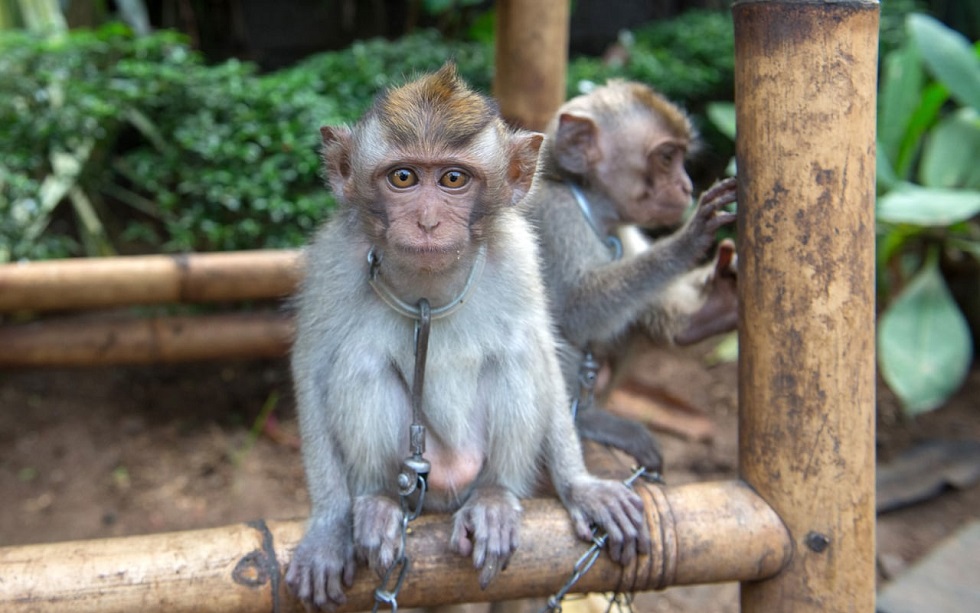 “We observed more than 1,500 animals being used within entertainment venues, both as exhibits and in activities such as shows,” the report says. “This included 62 elephants; 48 primates, nine tigers, 13 dolphins, nearly 300 sea turtles, 80 civet cats and various other species, including flying foxes.

“Elephant rides or elephant shows, selfie opportunities with orangutans, or swimming with dolphins were commonly offered activities at these venues. While smaller venues offered somewhat more individual experiences, other larger-scale venues housed high profile animals that were used throughout the day in interaction with large audiences.”

One of the most shocking accusations in the report alleges that “at one of the dolphin entertainment venues, dolphins have had their teeth filed down or removed entirely, to ensure that they are unable to inflict serious bites on swimmers”, while at another park, a pool estimated to be just 20 metres long and three metres deep housed four bottlenose dolphins.

Asia has earned itself a poor reputation when it comes to animal handling. Aside from the reported atrocities at attractions such as Thailand’s Tiger Temple – where 40 tiger cubs were found dead in a freezer in 2016 – over the last few years, questions have been raised over some of the region’s other ‘bucket list’ wildlife attractions.

Elephant riding, which has long been a draw to travellers exploring South east Asia, was brought into the spotlight, with questions asked as to whether elephant tourism can ever be ethical. The industry has answered a resounding no – TripAdvisor ceased selling tickets to “cruel” animal attractions such as elephant rides in October 2016, with Thomas Cook following suit in April of last year.

“It’s a tragedy that Bali, such a beautiful destination for tourists, forces its captive wild animals to endure such grotesque and horrific conditions” said Steve McIvor, CEO of World Animal Protection. 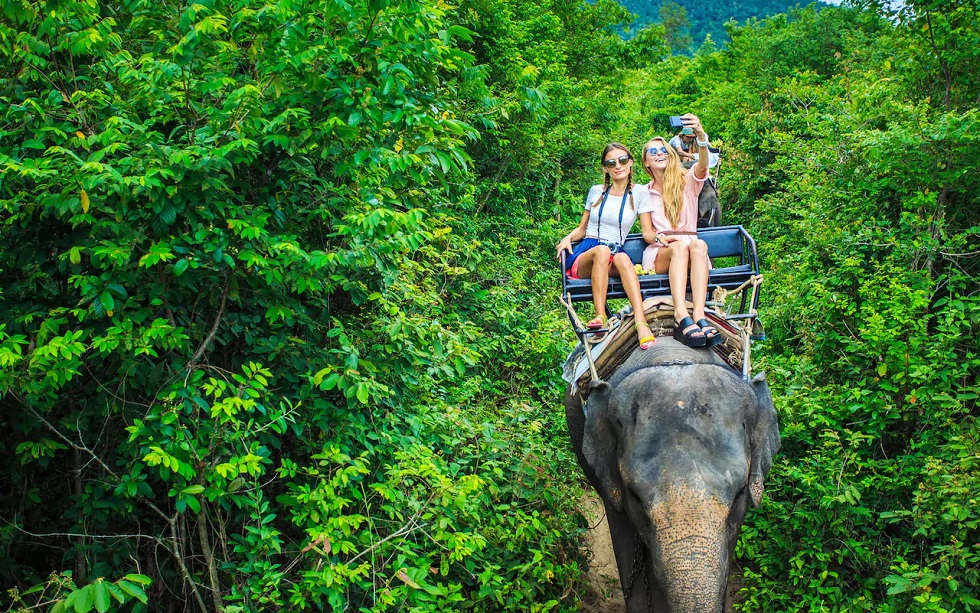 “Bali is an idyllic paradise and its economy relies on the millions of tourists who travel there each year. Sadly, until Bali improves animal welfare at these dreadful venues, World Animal Protection is urging tourists to avoid them.

“If you can ride, hug or have a selfie with wild animal, then it’s cruel – don’t do it, no matter how many ‘likes’ it will get on social media.”

Telegraph Travel’s Annabel Fenwick-Elliott has visited Bali twice – and vowed never to return. “I would go as far as to say that both my trips to Bali were ruined by the level of animal cruelty at every turn – and I didn’t even go to a zoo or see the horrors exposed in this report,” she said.

“Outside every home or shop I walked past in Ubud hung tiny lampshade-sized cages housing birds that were throwing themselves against the bars in despair. And on the floor, lampshade-sized wicker containers trapped bulky cockerels out in the sun – awaiting their evening fight to the death.

“Things were no better on the Gili Islands where the prospect of having no cars or motor vehicles sounds idyllic until you see that thin, exhausted, dehydrated horses carting people, luggage, crates of supplies and building supplies around from dawn until dusk. Suffice to say, I’ll never step foot in Bali again.”

Of the dozen parks contacted by Telegraph Travel in response to the report’s allegations, just two replied.

Fellicia Suadika, Director of Lombok Elephant Park said: “ [Our park] has a legal license from the Government of Indonesia as a Conservation Institution, which means animal freedom and animal welfare is our main concern.”

“My husband has 20 years experience in conservation,” she continued, citing a love of animals as a motivation and claiming that all animals in their park have been saved from circuses, illegal markets and the local people. “We rescue them from all around Indonesia and it’s all supported by our own personal fund. In 2017 we think it is good if we open our place to public, and we called it Lombok Elephant Park. There are no other motivations for us other than to provide a good sanctuary for our animals.” 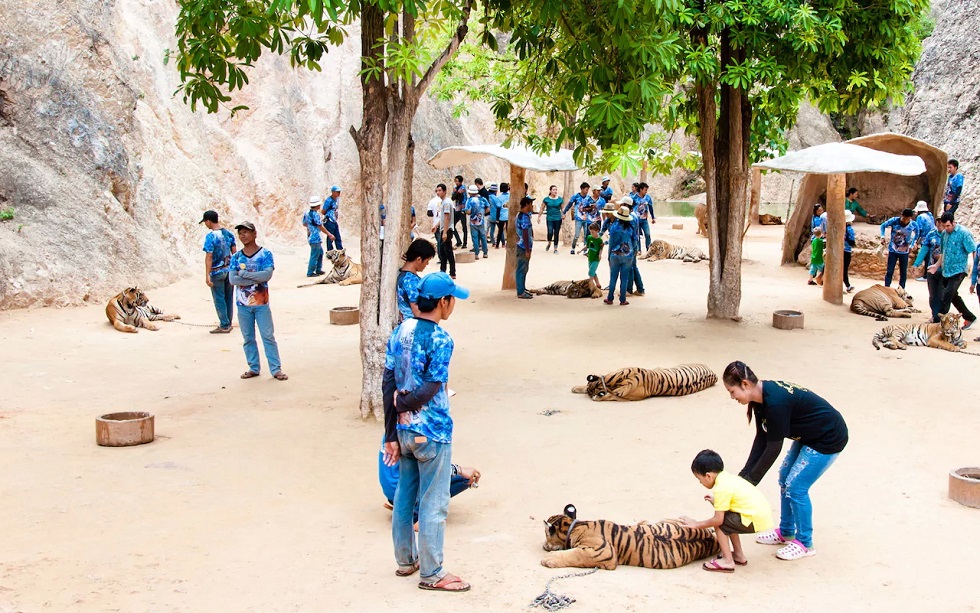 Despite the name of the park, Suadika insists that there are no elephant shows in any form, planning only to put on elephant education shows for local school children. Of their orangutan, Valent, she said: “We acquired him from a zoo in Surabaya where they have a surplus of orangutan. He loves to interact with people, so we let him. All photos are taken during natural interactions.”

Nigel Mason, founder of Mason Elephant Park and Lodge said: “Animal activists are becoming more and more aggressive with their accusations. Yes, of course I would agree that all animals should be left in the wild where possible. However zoos and animal parks have educated generations of ordinary people who cannot go on safaris or to the jungle.”

“The Sumatran elephants that we rescued would now be dead, all 27 of them, if we had not brought them to Bali,” he continued. “Sumatra has devastated its island. The overall physical and mental health of our elephants has always been a priority since day one at the park but to look after 31 endangered elephants is extremely costly and compromises have to be made in a captive situation. In other words, the elephants have to help themselves, as you and I have to do, by going to work each day for a short time.

“To bring tourists to the park way up here in the cool hills and remaining small area of jungle in this village, we have to entice people to come and experience elephants, close up by offering hand feeding, photos with the elephants, washing or swimming with them and also riding them.

“Of course, the paid-for rides helps to support the park and its elephants, but it is also the most popular thing for most guests who visit. I must state that I cannot make everyone completely happy, but I can prove that allegations of cruelty are without foundation at this park but that’s not to say that this unfortunately doesn’t happen in other elephant places around the world. I’m doing the best that I can to look after my elephants.”

Many parks across the region have in the past used the claim of being set up as a “sanctuary” as a defence against claims of animal mistreatment, and for many travellers, it can be difficult to spot the handful of genuine claims.

For Steve McIvor, the best solution is a simple one: “We encourage holidaymakers to boycott the travel companies that promote and support these venues. Travel companies have a responsibility to urgently review their Bali offerings to ensure they are not supporting these appalling establishments.

“In the past, when our teams have investigated animal welfare conditions at other leading holiday destinations, I’ve always been able to recommend venues with good welfare standards. It’s horrendous that there isn’t one venue I can recommend on Bali, Lombok and Gili Trawangan.”

According to WAP, good indicators of whether animals are being well-treated include checking for: signs of cruelty (such as scars from chains and bullhooks), whether or not they have a ready supply of food and water, if their enclosures are clean and if they appear fit and healthy (a swaying animal is never a happy one). 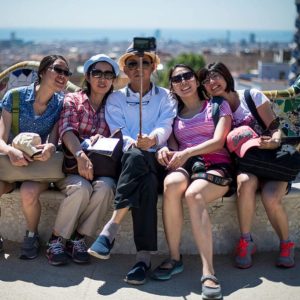 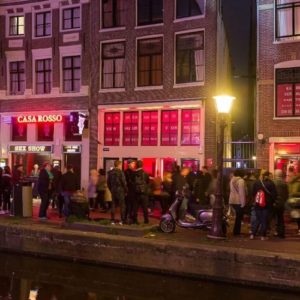